Since the mid-1970s, Mexico has been a world leading shark catcher. But the history of this cartilaginous fish fishery begins almost 90 years before that date, when the first shark fins were exported to China from La Paz, Baja California Sur, in 1888.

Later, in the 1920s, Totoaba fishing in the Upper Gulf of California began to increase and the sharks that were caught during fishing operations were also landed by that fishery to supply the demand for shark fins by Chinese restaurants in San Francisco, CA.

However, it can be said that the roots of the massive fishing of sharks in the Mexican Pacific coast occurred in the 1930s, and were initially centered in the Gulf of California. During that time, the American army was looking for a source of natural vitamin A to fortify its soldiers and supplement their diet. This source was found in shark liver oil and getting it prompted the development of many shark fisheries in various regions of the world, including the Gulf. This is why as of June 1939, the first shark livers were exported from Guaymas to the port of Los Angeles, California. At first, only about 40 tons were caught per year, but in 1941 the catch increased to 8,910 tons, and later decreased to 5,154 tons in 1948.

This activity lasted until the appearance of synthetic vitamin A in the dietary supplement market, at the beginning of the 1950s. In the first year of that decade, the catch fell to a level of 319 tons per year and almost disappeared, despite the fact that shark was being fished not only in the Gulf of California, but even as far down as the coast of Tonalá, Chiapas, a site near the border with Guatemala.

During the first years, shark was fished from cayucos, small vessels without an engine, or from small boats (less than 30 ft), or medium height (between 30 to 89 ft), all of them made of wood, some with outboards or even diesel engines. And fishing was done with gillnets and rustic longlines. The appearance of fiberglass boats built in the 1960s triggered more fishing in the Gulf of California and the entire Mexican Pacific coast. These boats allowed fishing operations to be carried out in a more dynamic way, allowing to travel out farther from the coast or to places further away from the landing sites.

By the 1960s, the consumption of shark meat by the locals had already begun, giving way to creating new dishes such as fish tacos. Despite the fact that there are many stories about the origins of fish tacos, it seems that the most accurate is that the first fish tacos were prepared in a small rustic stall next to The Black Market, the fish market in Ensenada using angel shark meat. From there, many cities including La Paz, have claimed inventing the fish taco. What is undeniable is that a good fish taco made with shark meat is always appetizing wherever you are. Other recipes that include shark or dogfish meat have been created as part of the culinary culture of our country and represent a source of low-priced protein for coastal families and even for people in large cities. For example, dogfish is highly valued in the La Viga seafood market in Mexico City, which is second in size worldwide, after the Tsukiji market in Tokyo, Japan.

In order to reach this level, for several years now there has been an increase not only in artisanal fishing, but also in medium-sea fishing, and even, during the 1980s and early 1990s, in the deep-sea fleet operated using longline boats with a size greater than 89 ft in length, whose target catch were billfish and tuna species. All these fisheries have been multi-specific where their capture is made up of various species of sharks, as well as other species of fish.

Currently, the mid-sea fleet covers large areas during its fishing operations, reaching the limit of the Mexican Exclusive Economic Zone of 200 miles. These operations are carried out mainly in the northwest region of the country, where 56.3% of the national production of 44,657 tons of shark and dogfish was landed in 2018 (CONAPESCA, 2018).

The Gulf of California is located in the northwestern region of Mexico and is one of the regions in the world where a high number of shark species are found, making it a priority region for conservation, as well as for fishing. This ambivalent situation represents great challenges for the management of its fisheries. Sharks have been characterized as species that grow slowly, it takes them several years to start reproducing and they can live over 30 years. These characteristics mean that when fished, shark populations cannot respond quickly to the loss of individuals due to fishing and are quickly susceptible to overfishing.

To avoid shark overfishing, various management measures have been created. The first one that establishes the basis of subsequent regulations is Standard-029 published in 2007 and whose goal is to regulate shark and ray fishing to achieve sustainable fishing. It establishes that of the 63 shark species that can be found in the Mexican Pacific, fishing for species such as white shark, whale shark, basking shark and the group of sawfish sharks is prohibited. Apart from prohibiting fishing these species, the Standard stipulates the fishing gear that can be used in each fishery, including that of the small or artisanal fleet, the medium size fleet and the deep-sea fleet. Likewise, the Standard stipulates several places where fishing is not allowed, mandates that the bodies of sharks must be totally used, prohibiting finning, that is, making use of only the fins and throwing away the rest of the meat, and regulates the way that fishing information is collected using fishing logs.

Currently the main management measure, which emanated from Standard-029, is the closed period applied as of 2012, that runs from May 1 to July 31 of each year for the Mexican Pacific coast. This prohibition, both on fishing and on the marketing shark products, was designed to protect the reproduction processes of the vast majority of shark species. It’s worth noting that the first shark ban was published in 1949, when shark fishing with gillnets was prohibited to protect the Totoaba breeding season in the Upper Gulf of California, from March 20 to April 30. This species of bony fish was fished for its meat, but mainly for its swim bladder to satisfy the Asian market.

As you can see, shark fishing has a history of more than one hundred and twenty years in the Mexican Pacific. Currently, an apparent consumption of 45,615 tons has been reached at the national level, but despite the intensive growth in catches in the last 10 years, there’s a need to import more. However, thanks to a greater participation of the mid-sea fleet based in ports in northwestern Mexico, the Exclusive Economic Zone is used as a fishing area, allowing the presence of national vessels in this territory under the country’s control. Therefore, the use of this resource represents a great responsibility to achieve a fishery that can be sustainable despite, and considering, that shark species are susceptible overfishing.

The best way to avoid over-exploitation is a route that must go from implementing management standards that allow us to regulate fishing to a sustainable use of the resource. Mexico already has a long history of creating regulations, including the closed season. What is now highly necessary is to ensure that the rules are followed by doing inspection and surveillance, so that the closure, for example, results in successful breeding seasons each year for all shark species. On the other hand, it’s very important to encourage evaluating each of the shark species’ populations and know their size. If this population size is unknown, it won’t be possible to know if the species is being overfished.

Stock assessments can only be accomplished if you have the information you need to do them. This includes information on the volume of catch of each species month after month, year after year. As well as the effort it takes for the fishing fleet to make these catches. That is, how many hours of fishing or how many times the net was thrown into the sea, or any another way of measuring said effort. And finally, the participation of fishermen is needed to fill in their logs to include this information.

In Mexico, the information gathering system is based on arrival notices, and there is hope from the authorities that the fishermen will declare truthfully. This system can become very effective and very strong if all parties fulfill the task of creating reliable information. And I’m sure that, based on community work, you can go from filling out arrival notices to filling out logs in an easy and convincing way, which would allow us to know the state of shark populations and what measures can be taken. Hopefully this can be achieved in a short time and ensure the future of shark fishing in a responsible and sustainable way that allows to conserve the species fished, especially now that we are extensively using our Exclusive Economic Zone. 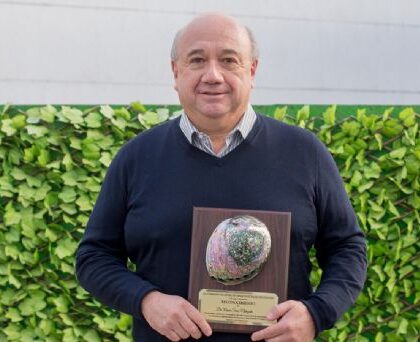 Oscar Sosa-Nishizaki was born in Mexico City, where he studied Biology. After a short working period at the Mexican Fisheries Ministry, he went to Japan for graduate studies. After graduating, he became a professor for CICESE, where he has been working for 30 years. With his students, he has worked and published on the fisheries ecology and biology of several species, including swordfish, jumbo squid, sea urchin, coastal fishes, and in the last ten years on elasmobranchs.

Oscar has been or still is a member of the editorial boards of the Ciencia Pesquera, Hidrobiolgica, Ciencias Marinas, and LAJAR journals. And he is a member of several committees for the development of shark and rays management rules, and national natural protected areas advisor committees. 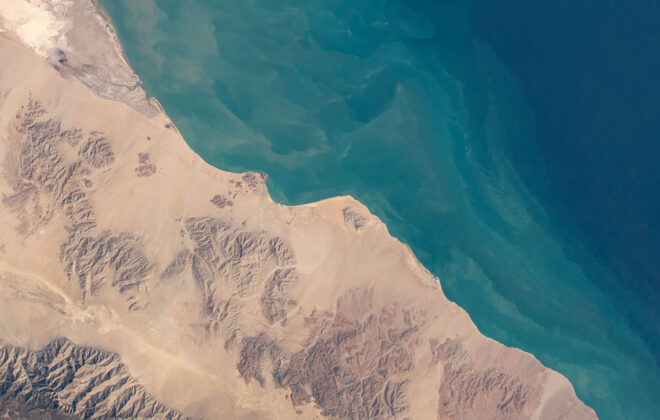 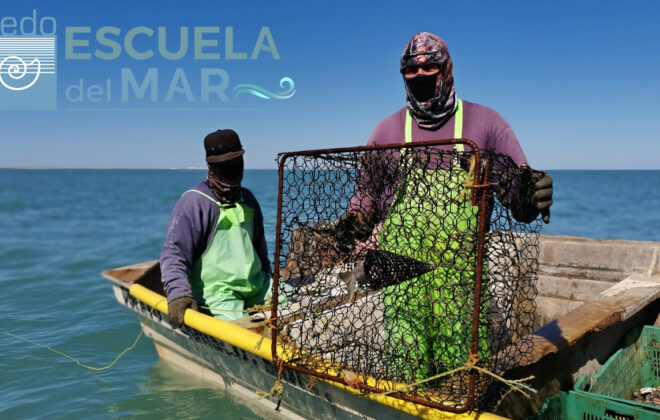