Historically, the Hia C’ed O’odham or Areneños had a smaller population, but a larger territory with a greater lack of resources and a larger amount of arid lands. They lived to the west of what is now known as the Organ Pipe and Goldwater Range, Cabeza Prieta, El Pinacate and the Upper Gulf of California to the east of the Colorado River. They are also known as Pápagos de la arena or Pinacateños Areneños. They are from the same family as the Tohono O’odham (People of the Desert) and the Akimel O’odham (People of the River). Their territory was known as “Papaguería del Oeste”. The Hia C’ed O’odham families were highly mobile, specialized in hunting and gathering, some grew corn, squash and beans. They traveled the Colorado River Delta to get reeds which they used to make arrows, bows, and other implements. Although they were considerably mobile, they were not nomadic. They planned their trips carefully to make the most of the natural environments, taking into account the seasons and the resources’ cycles. Some of their permanent residences were located at Quitobaquito and Ajo. They farmed seasonally in the Suvuk, El Pinacate and other suitable locations. Their stories of man’s creation take place in the Sierra El Pinacate. They traveled as far as the Kofa Mountains north of Yuma in Arizona, and as far south as Hermosillo in Sonora.

Currently, the Hia C’ed O’odham community lives around El Pinacate, in places such as Caborca, Gila Bend, Ajo, Phoenix, and towns in between. The Hia C’ed O’odham do not have a reservation of their own, since they were included in the Tohono O’odham Nation in the 1968 Papago Land Claims. Some historians believed that this culture was extinct.

The Tohono O’odham (formerly known as Papago) generally lived east of these arid lands, in parts of the Sonoran Desert and Organ Pipe National Monuments. They would travel to Goldwater, El Pinacate, and the Gulf.  Their trips to the coast were designed as ceremonial purification rituals and to bring back salt, which they believed brought the rain from the sea to the desert. The current Tohono O’odham Reservation is located south of the Sonoran Desert National Monument and east of Organ Pipe National Monument. It was created in 1916 and covers 1’122,815 hectares (2,500.000 acres).

The Akimel O’odham lived and still live by the Gila River near Maricopa County in Arizona, USA. They hunted and gathered in what is now the eastern Sonoran Desert National Monument, trading, and occasionally fighting with the Quechans. They were allies of the Tohono O’odham in commerce, culture and language. Some are members of the Ak Chin Indian Community located 10 miles east of the Monument. Many live on the Gila River Indian Reservation south of Phoenix.

All the O’ódham (Hia C’ed, Tohono, Akimel) built villages or housing communities, the semi-nomadic Hia C’ed built ramadas in Quitobaquito and other places like Ajo, AZ. The Tohono moved from their homes in the hills where they spent the winter, to live in their country houses near their crops during the summer. They were known as people of two towns. The more sedentary Akimel farmed all year round near the Gila River, in the streams where they diverted the water through channels to their fields.

Native people have left trails that connect camping areas, towns, clay barrels, wells, and hunting grounds. These can best be appreciated on slopes, on the desert floor, and in volcanic ash fields. On these trails, one can see the remains of ceramic pots, shells, arrowheads and other stone tools. They gathered stones and formed mounds to mark crossroads, wells, and tinajas (water holes), as landmarks or to bless their journey. Some mounds were directional markers and others served as hiding places for hunting.

Intaglios are figures, generally of humans, animals, or of geometric shapes found on the ground. They were made with stones in a line or by digging into the ground. Some figures are hundreds of meters tall; they are not noticeable until the sunlight shines from a certain angle or plane or they must be seen from above. Petroglyphs were drawn on large rocks using other rocks for marking. Pictographs were painted directly on rocks. These figures generally represent a clan’s identity, mythological beings, directions, visions, or memorable events.

Pottery was molded to make pots that were used for cooking, to store water and food, or for ceremonies. Intact pots with seeds, dried saguaro honey, dried meat, decorative stones and pigments for painting have been found in caves, ravines or in the dunes. Most of the pottery found in the region was made outside of this arid area, and brought from the Yuma or Phoenix areas that have a better quality mud or clay.

Some shells were cultivated in estuaries on the coast, and were brought inland to the desert where they were used as utensils and jewelry. Ancient campsites are indicated by sleeping circles. The ground was cleared in circles of up to 2.5 meters (8ft) with stones, and it’s very possible that a temporary shelter was formed with ocotillo sticks and other branches. Fields with canals and hand-made wells remain important evidence of agriculture, usually near villages. The ruins of communities that used to build their homes with mud and stone walls can be found north of the Goldwater Range near Gila Bend.

Other proof of human activity are the ovens, agave roasting pits, semi-subterranean houses, cemeteries, garbage dumps, fecal matter deposits, and material reserves. Many of the objects made with organic materials such as baskets, ropes, wooden spears and arrows, clothing, reed boats, ramadas, and more have disappeared. Despite the fact that most of these peoples’ descendants no longer live in the region, these lands continue to be a fundamental part of their identity and heritage. Many return to maintain their connection with their religion and their family stories that continue to be passed down from generation to generation. For them, the region is a landscape filled with sacred plants and animals, with wetlands and salt flats where the rain begins, caves where their creator lives, stones where their healers meditated, canyons and hills where their ancestors lived and were buried, and trails that took them on spiritual, trade and family journeys. 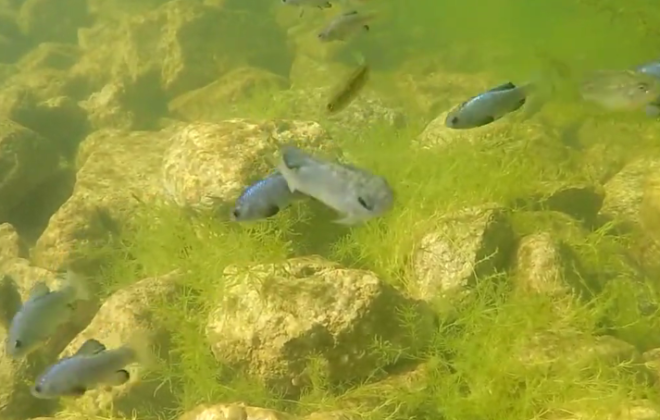 Native fishes of the Rio Sonoyta 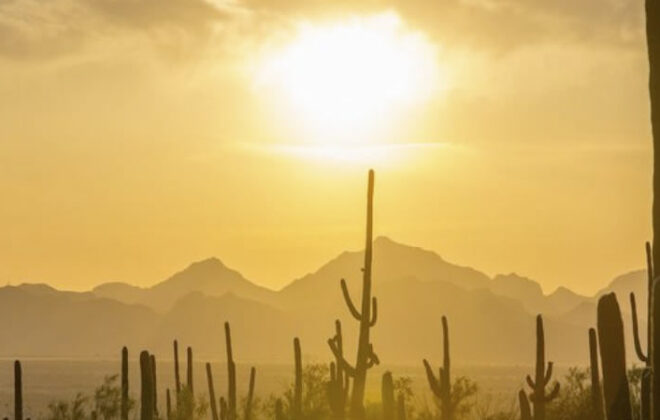