Explorers: First Expeditions in the Gulf of California and the Sonoran Desert—The Pimería Alta The main impulse of the first Spanish explorers in what is currently Northwestern Mexico and Southwestern United States was the possibility of discovering such riches as those that had been found in the great civilizations including the Aztec, the Maya, and other cultures settled in Mesoamerica. This is why, soon after the fall of Tenochtitlán on August 13, 1521, expeditions were organized by the Spaniards to enter these new territories.

The first voyage through these regions came as a result of the wreckage of Pánfilo de Narváez’s fleet off the coast of Florida in 1528. There were four survivors, Álvar Núñez Cabeza de Vaca, Alonso del Castillo Maldonado, Andrés Dorantes de Carranza, and a Berber slave named Esteban (Estebanico), who was probably the first person born in Africa to arrive in what is now the United States. For eight years they crossed the southwestern United States and northern Mexico on foot until they reached Culiacán, in Sinaloa, where they finally found a Spanish settlement. In 1537, Viceroy Antonio de Mendoza and Cortés himself, upon hearing what the castaway Cabeza de Vaca was recounting about those territories after his return to Mexico City, organized expeditions to the North in search of treasures. Mendoza commissioned the Franciscan monk Marcos de Niza, accompanied by Estebanico, to explore what currently comprises Arizona and New Mexico. At the same time, he sent another parallel expedition commanded by Francisco de Alarcón, who discovered that Baja California was not an island, since it went all the way up to the Colorado River near its confluence with the Gila River. (This knowledge was lost over time, and by the time Kino arrived in Sonora, California was again believed to be an island.) In 1539, Cortés organized another sea expedition led by Francisco de Ulloa, to survey the Pacific Coast.

Fray Marcos returned to Mexico City in 1539 right after Estebanico had been killed by the Indians, and shared stories of seeing cities such as Cíbola and Quivira* shining from afar. The Spaniards interpreted this as sources of great riches and viceroy Mendoza organized another expedition, this time led by Francisco Vázquez de Coronado, to continue to explore the region in search of wealth.

Vázquez de Coronado entered New Mexico through the current territories of Sonora and Arizona, reaching what is now Kansas, without ever finding the promised riches.

On the other hand, the Ulloa expedition, sponsored by Hernán Cortés, left Acapulco with the idea of ​​finding the Strait of Anián that supposedly communicated America with Asia, but he also didn’t find any of the wealth mentioned, nor the mythical Strait of Anián. Ulloa himself was lost in the Pacific, off of Baja California, in the area of ​​present-day Cedros Island

When it was learned in New Spain that the fabulous riches that were believed to exist in the Northwest of New Spain were only a myth, expeditions to conquer regions still unknown were discouraged, so it was necessary to come up with another source for financing annexation of those territories to the Spanish Empire.

This is how the Royal Concordat, a contract between the Spanish Crown and the Church, was created. It states that the King promises to pay and protect the missionaries that came to conquer the territories through evangelization.

The cities of Cíbola and Quivira, as well as the seven cities of gold, were a common idea among the conquerors and were based on Portuguese legends, prior to Columbus, that those cities had been established by Catholic expeditions in the 8th century. The first missionaries in Mexico brought with them a militant mentality, aimed at converting the Native People. These missionaries accompanied Cortés beginning in 1493 and started their evangelical work in 1523 with Fathers Motolinía and Sahagún, right after the Fall of Tenochtitlán.

In 1573, the Spanish crown decreed the “Ordinances of discoveries, new population, and pacification of the Indies” in which the term pacification was established in contrast to the term conquest, and changed the old capitulations to missionary conversion work in which the Crown entrusted the conquest of a certain region to a caudillo (commander).

This is how conquest work was being replaced by the missionaries’ work. This was the pacification mechanism chosen for this region. This is how the native peoples became subject to conversion rather than to conquest and eventual extermination.

At the beginning of the 17th century, the Franciscan order began its missionary work, starting with the expeditions of Fray Marcos de Niza in 1539 followed by the establishment of several Franciscan missions in the Northwest of New Spain, first in New Mexico and Chihuahua. The only virgin region that remained to be explored was the Northwest of New Spain, that is, the northern region of Sonora and Arizona.

In the 1620s, in the south of Sonora, the Jesuits had begun their missionary work and by 1629 had founded Mátape. A few years later they began their work on the San Miguel and Sonora Rivers.

In 1687, after having founded several missions in Baja California, the Jesuit Eusebio Francisco Kino, who would become the most important explorer of this region, for the first time entered the Pimería Alta (present-day Sonora and Southern Arizona), a territory in which he

would settle permanently to dedicate the rest of his life to evangelize the Pima Indians. From that region, Eusebio Francisco Kino explored the territory of the Magdalena, Gila. and Colorado Rivers proving that Baja California was a peninsula.

Father Kino arrived in Sonora in 1687 and until his death in 1711 he rode the land founding missions throughout the north of the current Mexican state of Sonora in Mexico and the south of the current state of Arizona, in the United States. During his epic travels, he crossed the great Sonoran Desert until he came across the Colorado River at the confluence with the Gila River. Kino tried to find a land route to travel to the Baja California peninsula and serve the natives of that area. He also toured much of what is now known as the state of Arizona, evangelizing, exploring, and taking notes. He began to explore this region by entering the valley of the Alisos River, where he began to congregate the indigenous people in the missions of San Ignacio de Cabórica, San José de Imuris, Nuestra Señora del Pilar, Santiago de Cocóspera, and Santa María de Magdalena. He also established the mission of Nuestra Señora de los Remedios, north of Dolores, along the San Miguel River, a United States river tributary of the Dolores River which is in turn a tributary of the Colorado River. In 1691, he founded the town of Bisanig, as well as the Guevavi mission on the Santa Cruz River. The following year he continued to travel this river north, establishing the San Javier del Bac and San Cosme del Tucson (now Tucson) missions with their Visitas (country chapels or visiting stations). In 1694 Father Kino began exploring the “unknown lands”, where he managed to see the California coast from the top of Mount Nazareno, where the Magdalena River empties. In order to cross the arm of the sea that separated him from California, Kino began to build a ship at the Caborca ​​mission. That same year he traveled to the banks of the Gila River.

Father Kino built missions in Sonora and Arizona, introduced modern cattle ranching and farming methods, explored a vast region, and proved that Baja California is a peninsula and not an island as some people thought at that time.

In this region Father Kino founded: 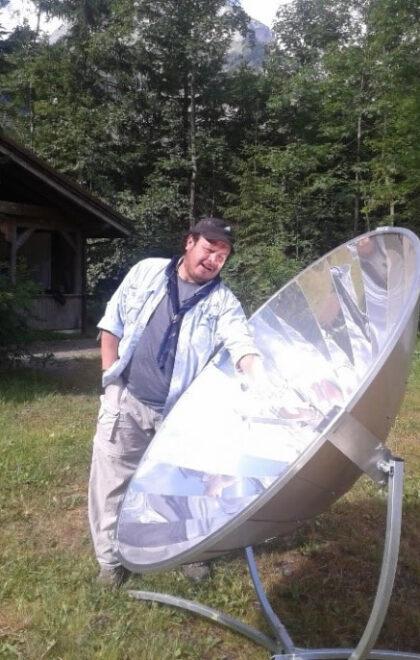 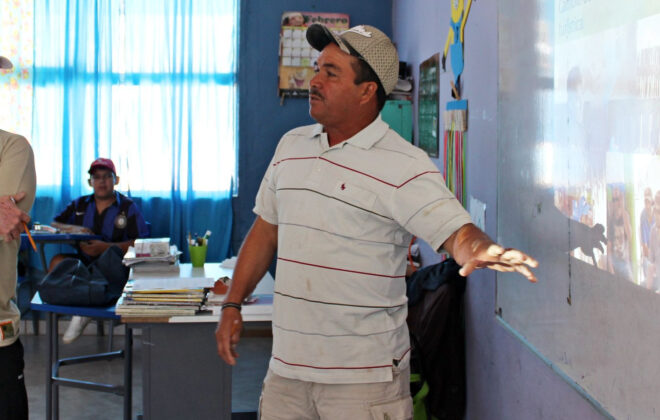